Since arriving back in London on Thursday we have spent a fair chunk of our time arranging visas. Victoria has concentrated on downloading, printing and filling in the forms and I have done the legwork.

On Friday it was a 6:45am start to get to China early to beat the queues. In fact, I was so early, there were no queues so, in true Tortoise & Hare fashion, I went and had a quick cup of tea. When I got back there were 30 or so people ahead of me but even so I was in and out by 9:30. I had to get same day service in order to get the passports back for a visit to the Russians on Monday.

The Russian system but the onus on standing in the street shivering while groups of 3 people were admitted at 20, 30 or 40 minute intervals. I'd been there an hour and a half before I got in but from there it only took 5 minutes to get sorted. It's hard to know why the process takes so long...

Tuesday was Russian pick-up day and I had the chance to meet someone in the queue whose planning let him down. Apparently he turned up at the airport in good time, queued for his flight to Moscow and then was told he needed a visa. Alarmed, he postponed his flight for 24 hours and high-tailed it to Kensington to stand in the cold with everyone else. It was just before 11 when I chatted to him and the last application is at 11:45. I came out after collecting our visas at around quarter to twelve and the queue was down to just one person - the guy who was meant to fly the next day. I didn't see what happened but I would like to think he got sorted and is now over there.

Today's visit was an easy one; the Nepalese embassy, once again in Kensington. There were no queues and I was in and out in 5 minutes although I have to pop back tomorrow to collect the passports.
Posted by Martin at 2:18 am

On the move again

Our Christmas and New Year stay with Hig is now coming to and end and this afternoon we catch the train to London where we will be reunited with Wardy and his floor. We've had a great time up in the North East with highlights being... 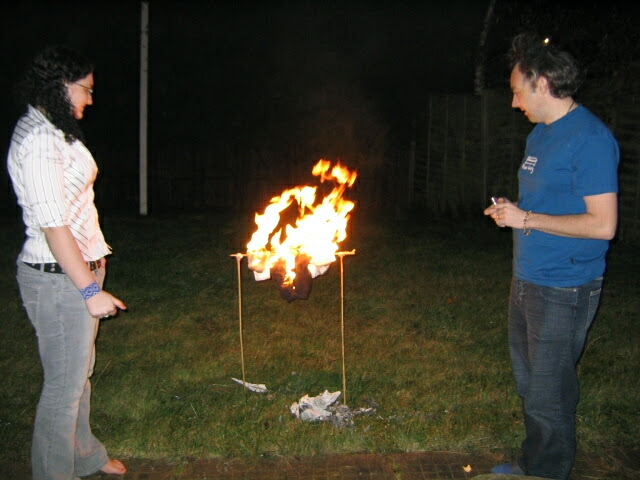 - Christmas day with our homemade tree, prezzies and sausage and mash lunch. We did especially well this year with Hig rather unexpectedly giving us the gift of gentrification. One of his presents was a piece of land each in Scotland which entitles us to be known as Lord and Lady Bansey.

- New Year's Eve with mulled wine, firing up the shisha and chatting to the neighbours until 6am.

- My birthday bash in Darlo with Vic, Hig, Wardy and my niece Laura. The cocktails flowed to such an extent that our foot-long bill was comprised of a good nine inches of booze.

The next couple of weeks in London promises to be good with a fair bit of catching up on the cards and the bonus of having Sky Sports at Wardy's.